PH Ambassador-Designate to Israel Calls On Ministry of Foreign Affairs

Remittances projected to sustain the strength of the Philippine Peso 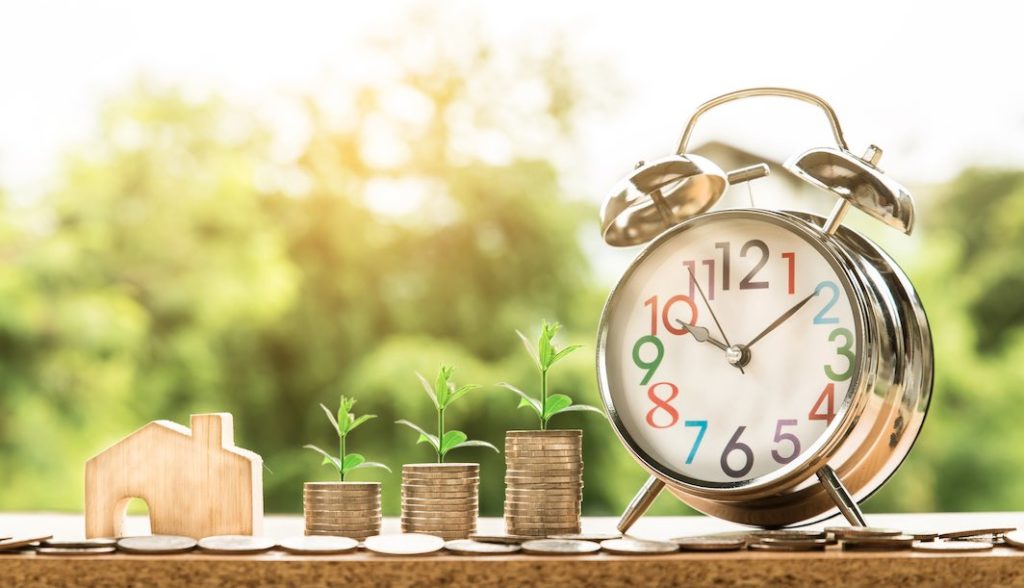 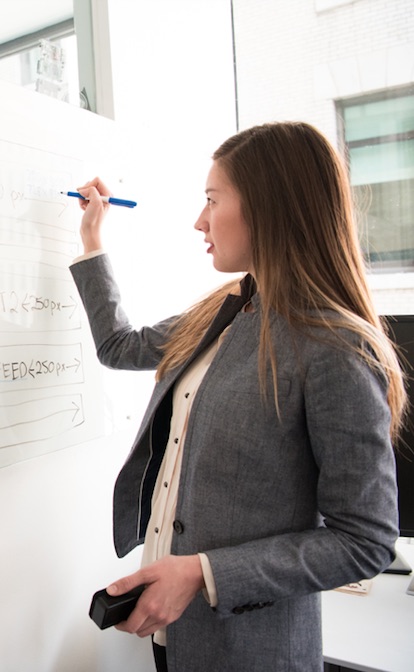 Owning a property is a life goal for many—a place you can call your own, your home. It’s a sign of stability and security, not to mention it’s an investment that will only increase in value with time.

In the Philippines, the rise in Filipinos purchasing real estate shows no signs of stopping. According to a report released by Bangko Sentral ng Pilipinas (BSP) on June 29, rates to purchase houses in the country rose by 2.1% in the first quarter of 2018. Compared to the Residential Real Estate Price Index (RREPl) of 113.9 in the same quarter last year, it rose to 116.3 this year.

The RREPI measures the average changes in prices of different types of housing units like single detached/attached houses, duplexes, condominium units, and townhouses over a period of time based on data from housing loans granted by banks.

The growth in the country’s real estate market is due in large part to the increase in demand for residential and commercial properties driven by rising urban population growth, housing needs of business process outsourcing (BPO) employees, and remittances from overseas Filipino workers (OFWs).

Santos also added that the upward trajectory of the Philippines’ real estate industry will continue as Metro Manila’s office, retail, and residential sectors continue to expand. With its various infrastructure projects planned, the region is truly becoming a destination for global real estate investment. 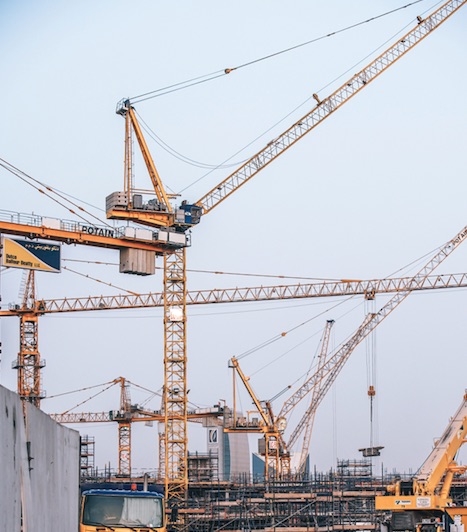 In a recently released report by global real estate services company Colliers International, a total of 470,000 sq m (5.1 million sq ft) of new office space were completed in the first quarter of 2018—the highest in any quarter in Metro Manila’s history. The total office stock in Metro Manila has now been pushed to 10.2 million sq. m (110 million sq ft), driven mainly by the Quantum Building by Greenfield Properties, Circuit Makati Corporate Center One and Vertis BPO Phase Two both by Ayala Land, and Meridian Park Towers Two and Three by Double Dragon Properties.

The vacancy rate stays below 6 percent despite the completion of 470,500 sq m (5.1 million sq ft) Gross Leasable Area (GLA). Alabang registered the lowest vacancy in the first quarter at 2.13%, mostly due to a rise in gaming locators; meanwhile, Makati and Fort Bonifacio both registered vacancies below 4%.

The strong demand for office space has pushed average rents upward—Metro Manila’s weighted average lease rate got a boost of 9.11% year-on-year (YoY) rising to P984.93 per sq.m. in the first quarter of 2018. Among the central business districts (CBD) in Metro Manila, Makati commanded the highest lease rate at P1,308.44 per sq.m. Fort Bonifacio followed with its P1,082 per sq.m.

Despite online shopping platforms proliferating and offering new items by the day, new malls are still opening across Metro Manila. Shopping mall developers have learned to cater to the increasing demand of mall goers for a different and brand-new shopping experience. The recently-opened Ayala Malls Feliz, for example, features the largest Timezone branch in the Philippines.

From October 2017 to March 2018, four new malls opened across Metro Manila with Ayala Land Inc. (ALI) covering more than 80 percent of the new leasable space. Other malls across the metro have been expanding to offer new retail experience to consumers in this period, as well. Powerplant Mall’s 5,600 sq m (60,300 sq ft) expansion features the first Nespresso outlet in the Philippines; meanwhile, the renovated Podium mall in Ortigas Center offers foreign brands like Tsujiri, Paris Miki, and Wolfgang’s steakhouse.

The vacancy rate declined, signifying that demand is real and urgent. Vacancy was down slightly to 12.4 percent from the 12.6 percent of the fourth quarter last year. Manila Bay Area showed the biggest decline to 15.0 percent from a high of 19.1 percent as its growing Chinese community shows strong demand. Only Fort Bonifacio showed an increase in vacancy among CBDs.

According to BSP, 73.5 percent of the total property loans were used for new home purchases—of which half were condominium units.

One factor to the increase in demand is the worsening of the traffic situation in Metro Manila. With the congested roads and getting stuck in traffic for hours, commuters are more compelled to seek living spaces proximate to their workplaces. 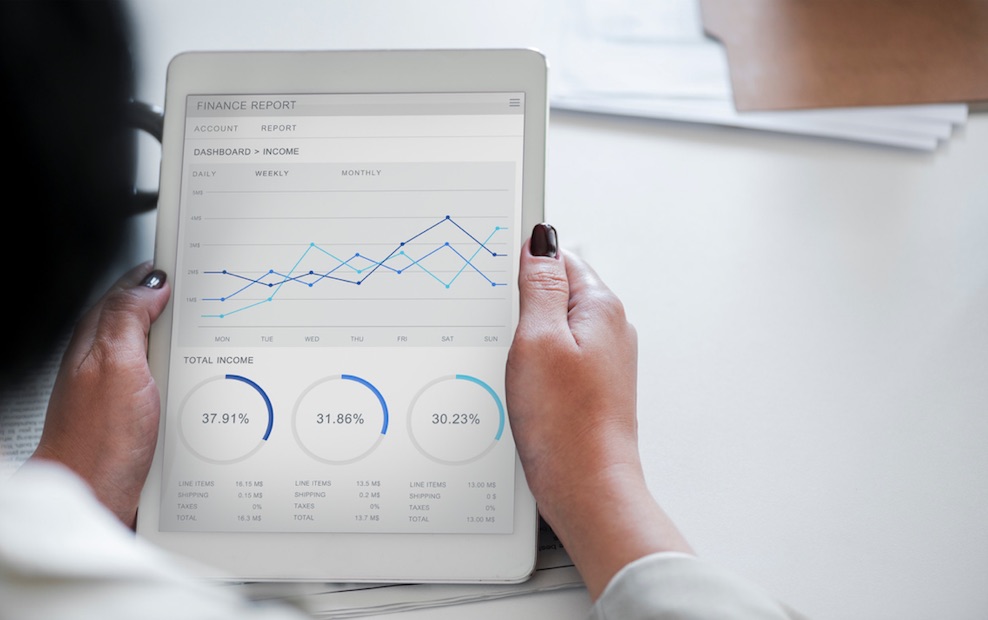 There is no doubt that the country’s real estate industry is growing and will continue to grow as 2018 stretches on. Colliers predicted a sustained GDP growth over the next three to five years will help drive the strong performance for the property sector.

It also predicted that residential condominium leasing in Metro Manila will continue to be challenging—driven by the influx of new condominium completions in major business districts and fringe locations.

Another is that industrial park developers are heading north of Manila, with DoubleDragon recently acquiring a 6.2-hectare lot in Luisita Industrial Park in Tarlac. Northern and Central Luzon’s rising viability as an industrial hub is backed by the Xu Liang Dragon Group’s commitment to develop a 3,000-ha mixed-use special economic zone in Pangasinan.

Colliers is also expecting that developers will continue to pursue more township projects in areas outside of Metro Manila such as Cavite, Laguna, Bulacan, Pampanga, Cebu, and Davao as land values are being unlocked by road expansions.

What to Love About the Samsung Galaxy Note 9